Get free access to your own NWMLS portal. (It's the same database us agents use.) 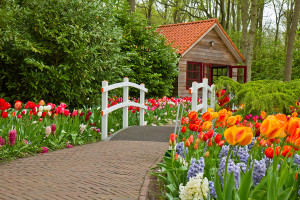 KIRKLAND, Washington (Feb. 5, 2015) – Home sales this super bowl season outpaced a year ago as sidelined buyers emerged to compete for limited inventory, according to brokers who commented on January activity.

“The current inventory of homes available for sale has never been lower in my 22 years as a real estate broker,” lamented MLS director George Moorhead, designated broker and owner at Bentley Properties.

The number of active listings of single family homes and condominiums fell from the year-ago figure of 19,195 to 17,082 at the end of January, a decline of 11 percent. Twelve of the 23 counties in the MLS system reported double-digit drops. For the four-county Puget Sound region, the selection was down 12 percent.

When measured by months of supply (the ratio of sales to listings), Northwest MLS figures show it has dipped below four months. In King County, there is only about two months of supply. In general, brokers say four to six months is considered to be healthy balance between supply and demand.

Blame brisk sales, as the number of pending sales, at 7,658, surpassed the number of new listings, which totaled 6,989. A comparison of figures for the four-county region for the past 15 years indicate January’s pending sales exceeded any of the prior years (see chart).

Closed sales increased more than 3.7 percent compared to a year ago, rising from 4,306 completed transactions area-wide to last month’s total of 4,467.

Scott said multiple offers of most new listings are common. “We are entering February with a severe shortage of homes for sale in the neighborhoods close to the job centers, and we expect that shortage to continue throughout the spring market,” he stated. Buyers need to be “buyer ready” so they can react quickly. Brokers recommend getting preapproved for a mortgage, which can give potential buyers an edge in a fast-moving market.

Moorhead believes inventory shortages are due in part to hesitant sellers. “Sellers who would like to enter the market are holding off for two main reasons,” he suggested, adding, “Either they cannot find the next home to move up/down to, or they purchased between 2005 and 2007 and may still be underwater.” Sellers who were foreclosed or completed a short sale during the Great Recession are becoming eligible to purchase a home again, Moorhead noted. “This will bring an altogether new segment of buyers who are more savvy and cautious” so they won’t repeat past mistakes.

Moorhead also credits new loan programs, revised loan programs, and a general easing of guidelines for buyers with making home buying more attainable. “The only holdback is inventory or credit scores,” he suggested.

Northwest MLS director Frank Wilson echoed that notion. “It’s almost the perfect storm: low interest rates, low inventory, pent up demand, and a pipeline of sidelines buyers who could not buy because of a past short sale or foreclosure.” Their two year to three year waiting period is up and they are looking again, he reported.

Wilson, branch managing broker at John L. Scott in Poulsbo, said the spring market is not waiting for the tulips this year – “spring has already sprung. We are seeing an increase in traffic at our open houses with more buyers out looking at our limited inventory.”

Wilson also said brokers in Kitsap County are starting to hear murmurs of the second home market. “We have buyers looking for second homes along Hood Canal, and we fit the parameters of many Puget Sounders not wanting to drive more than three hours to reach their getaway house.”

In Snohomish County, where closed sales jumped 11.5 percent from a year ago and prices surged more than 17 percent, broker Diedre Haines reported, “We have buyers in all price ranges out looking and anxious to buy.”  She credits low interest rates, strong employment and economic conditions and “reasonable as opposed to exorbitant” appreciation with spurring activity.

Despite all the favorable indicators, pending sales in Snohomish County rose only 3.5 percent compared to a year ago, noted Haines, principal managing broker in South Snohomish County at Coldwell Banker Bain. “Why?” she asked rhetorically. “Simple answer: We need more inventory.”

“The Seattle housing market is going gangbusters, but we’re still starving for inventory,” said OB Jacobi, president of Windermere Real Estate. “If open house traffic is any indication, there are LOTS of buyers out there looking for homes, so my message to would-be sellers is: If you’re on the fence, it’s time to jump off. The market conditions are so much in your favor right now.”

Haines agreed. “Potential sellers should talk to their real estate broker and find out if now is the right time for them to sell,” she suggested.

Northwest Multiple Listing Service, owned by its member real estate firms, is the largest full-service MLS in the Northwest. Its membership includes more than 21,000 real estate brokers. The organization, based in Kirkland, Wash., currently serves 23 counties in Washington state.

Information and statistics compiled and reported by the Northwest Multiple Listing Service.

Buy or Sell a HomeContact Me (I'm Friendly)